In many interventions, perturbation is often required at varying levels in order to shake things up, create a pull for help, increase engagement, or even shock the system. It can also come in all sorts of shapes and sizes, from wearing a brightly coloured tie into an extremely formal meeting, to switching that tie for a full-size gorilla suit in the same meeting.

Many would think right about now that this wouldn’t go down well in their workplace. And that might actually be the point of the exercise…

I would like to role-play for a moment. Pretend you have a presentation coming up – and it’s very, very dry stuff. Quarterly financial results, or the average burn-down rate of Agile-run projects as opposed to the company’s home-grown waterfall methods. Something that they read to kids at nap time in pre-school.

This is one of those meetings you have to have, because the almightily stick-shaker has ordained you with that responsibility. From your experience, 83 seconds it all it will take for your audience to nod off, begin counting the pigeons through the window, or pay more attention to a flirty conversation on Kik via their smartphones.

In this example, perturbation can be used to shake things up. There’s not much really stopping you from changing the scenery, printing out a few copies for the masses, and leading everyone out to hold the presentation in the park. It’s a simple change of scenery, but will absolutely shake things up for your audience. You will notice engagement up, and people will also likely be talking about your presentation well after it’s done.

What happens when you go to far?

Always think about your audience, and read the room. If you’re going to be having participants actively engaged in conversation, make sure to take a note of their varied propensities to help guide the conversation where you might want it to go. Play off them often, and then things might not go as planned, and you need to shake things up, perturb.

In many situations, you’ll know who your audience is. You’ll remember that Dianne may be startled by loud noises, or that Jordan holds distain for the colour orange. You will want to steer clear of these red flags. Equally you might not know how everyone might react, so make sure to pay very close attention to reactions – the landing is always critical to get the result that you are looking for.

Often, one might be called in to resolve a dispute or help guide a system through and out of breakdown. In these engagements, perturbing the system and the individuals in it can be invaluable.

I was told a story once by a fantastically skilled interventionist, who was doing some work with the Metropolitan Police Service in the UK. The system that she was entering was in an ever-spiralling state of breakdown, due to a number of factors. For her, entering this system was extremely confronting, not only due to its obvious extreme command and control hierarchy, but also because she was made to feel uncomfortable on day one of her discovery with them by some of the people she was there to help!

Talk about pressure. People walking around this wearing body armour, carrying weapons, in formal, neat uniform all the time – an intimidating environment to say the least. But if you can’t beat them, join them…

The next day, she was leant some body armour of her own, and kicked off her session wearing it. And heads absolutely turned. She made a point of talking about it, too.

The initial perturbing provided by the armour got everyone’s attention. Then explaining that the first day she was there, she felt as if she was in the firing line herself – the obvious solution became the body armour. Not only did this shock the system into attention, it created an awareness for others and in this case, the interventionist herself. The group saw the impact they were having, and were a lot more receptive to change from that point.

Well, that’s entirely up to you! Perturbing the system can be a fantastic was to get the attention you need in a meeting, to keep things interesting, or make a point. However, you have to be comfortable doing it or else it might come off as false and you’ll look like you’re trying to seek attention. Remember to read the room using the four player model, get to know your audience (if you can), and then shake it up.

Start with a light touch: put a pony in the last slide of your next presentation. I guarantee people will remember it.

And here’s a picture of a unicorn, wearing some armour 🙂 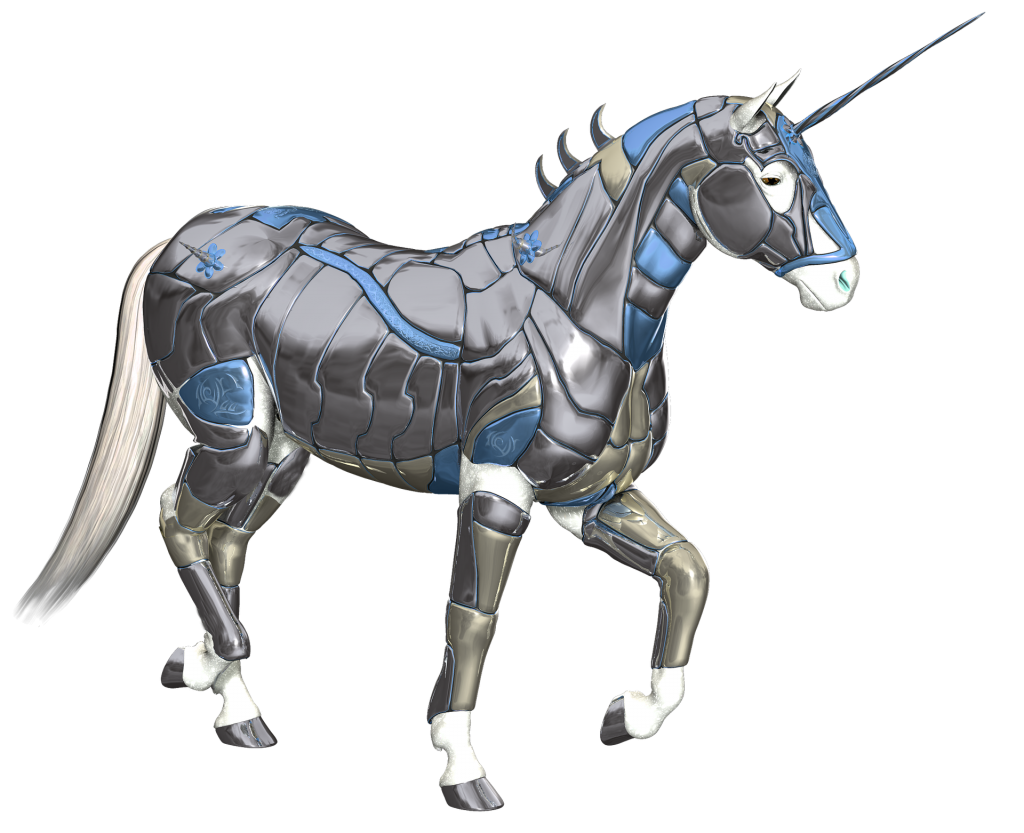